Karen Barkey is the Haas Distinguished Chair of Religious Diversity and Professor of Sociology at University of California, Berkeley with expertise in Comparative Historical Sociology, Political Sociology and Religion. Her works include: Bandits and Bureaucrats: The Ottoman Route to State Centralization (Cornell University Press, 1999) and Empire of Difference: The Ottomans in Comparative Perspective (Cambridge University Press, 2008).Her main area of interest at this stage is in issues of coexistence and diversity in imperial settings as models for contemporary discussions. Her main project is on Shared Sacred Sites, a collaborative project that seeks to develop a rubric for the description, classification, analysis, and publication of work relating to spaces and locations used by multiple, disparate communities for religious purposes. She is also currently researching Greek Orthodox churches and monasteries in Istanbul that continue to be shared by Christians, Muslims, and Jews. Barkey is conducting ethnographic research in these spaces and working on a book manuscript about the continuity in sharing in the Ottoman and Republican Turkish governments. Alfred Stepan was the Wallace Sayre Professor of Government at Columbia University, the former Dean of Columbia’s School of International and Public Affairs, and the founding Director of the Center for the Study of Democracy, Toleration, and Religion. He taught and conducted research in the areas of comparative politics, theories of democratic transitions, federalism, and the world’s religious systems and democracy. In recent years, he had conducted field research in Indonesia, Sri Lanka, Burma, Egypt, Tunisia, India, Brazil, Israel, and Palestine, among other countries. Among his many publications, he is the editor, with Juan J. Linz and Yogendra Yadav, of Crafting State Nations: India and Other Multinational Democracies; with Ahmet Kuru, of Democracy, Islam and Secularism in Turkey; and, with Mirjam Kunkler, of Democracy and Islam in Indonesia. 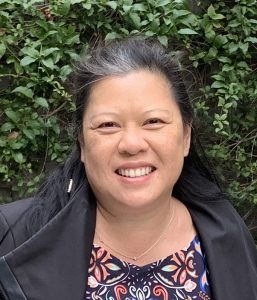 Eva Seto is the Executive Director of CDTR.  She is also the Associate Director of Social Science Matrix at UC Berkeley, the administrative home of the Center for Democracy, Toleration and Religion.  She is an Economist by training.  She can be contacted at evaseto@berkeley.edu.

Mark Csikszentmihalyi writes on pre-modern Chinese thought, and is author of Material Virtue: Ethics and the Body in Early China and Readings in Han Chinese Thought. He began his career in the Department of Religion at Davidson College, and is editor of the Journal of Chinese Religions, former Associate Editor of the Journal of the American Academy of Religion, and was a contributing Editor for the Encyclopedia of Religion, 2nd edition. At Berkeley, he teaches Confucianism and Daoism in the context of early Chinese society, is the Professor and Eliaser Chair of International Studies in the Department of East Asian Languages and Cultures, and co-founded the Berkeley Center for the Study of Religion. Sudipta Kaviraj is a professor of Indian politics and intellectual history at Columbia University. A political theorist, he specializes in Indian social and political thought in the 19th and 20th centuries and modern Indian literature and cultural production. His other fields of interest and research include the historical sociology of the Indian state, and some aspects of Western social theory. Kaviraj’s books include The Imaginary Institution of India; The Trajectories of the Indian State (Politics and Ideas); Civil Society: History and Possibilities, co-edited with Sunil Khilnani; and The Unhappy Consciousness: Bankimchandra Chattopadhyay and the Formation of Nationalist Discourse in India. Jonathan Sheehan is an historian of early modern European religion, science, scholarship, and philosophy and the former Co-Director of the Berkeley Center for the Study of Religion. He is the author of The Enlightenment Bible: Translation, Scholarship, Culture (Princeton, 2005), and, with Dror Wahrman, of Invisible Hands: Self-Organization in the Eighteenth Century (University of Chicago Press, 2015). His articles on secularism, Enlightenment, and early modern religious culture have appeared in Past & Present, the American Historical Review, the Journal for the History of Ideas, and Representations.

Dr. George Gavrilis
Fellow – Center for Democracy, Toleration, and Religion at the University of California, Berkeley George is a social scientist, oral historian, and consultant to international organizations and philanthropic institutions. He served as a senior consultant to the United Nations Counter-Terrorism Implementation Task Force, while holding an appointment as a visiting scholar at Columbia University’s Institute for Religion, Culture, and Public Life. Previously, he served as Executive Director of the Hollings Center for International Dialogue (Washington, DC and Istanbul, Turkey). He was as an International Affairs Fellow with the Council on Foreign Relations and placed with the UN Department of Political Affairs, Middle East West Asia Division. He taught international relations and comparative politics at the University of Texas-Austin and has a PhD in political science from Columbia University. He is author of The Dynamics of Interstate Boundaries, a book that explains why some developing states strike a balance between open and secure borders while others struggle to provide stability and prosperity to their frontier populations. His articles have appeared in Foreign Affairs and other journals.

In the field of oral history, George has served as an interviewer and director of research on projects for the Council on Foreign Relations, the Carnegie Corporation of New York, the Atlantic Philanthropies, and the Harriman Institute in conjunction with the Columbia Center for Oral History. He has also conducted life-history interviews with former Guantanamo detainees in France and Bosnia.